Thanks to a Travel and Training grant from the Arts Council, I was able to get to the Spring Plenary of the IETM network in the Italian hilltop city of Bergamo earlier this year. Surprisingly beautiful, seeing as it’s the Ryanair Beauvais of Milan. 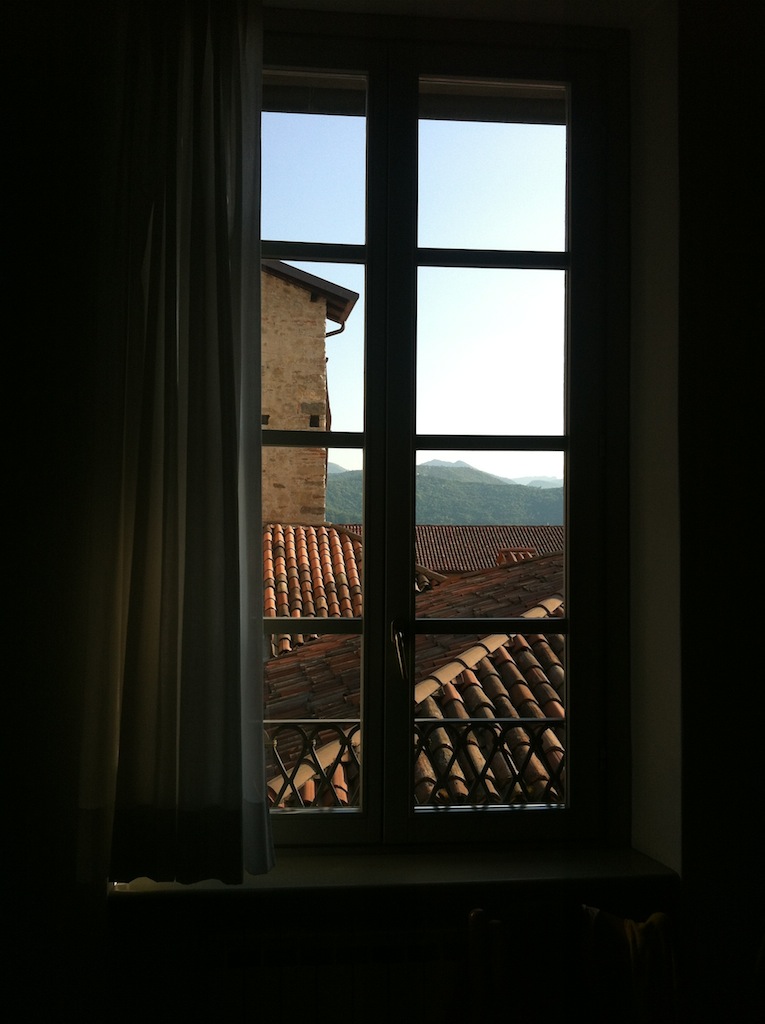 A room with a view

This was a very active meeting for me, and not just on the cheese-eating front. Firstly – the small cobbled streets of the old town were great for networking. As well as catching up with lots of old faces, I met lots of new ones too. Great cheese-based meals were had lovely new contacts including Christian Barry of 2b theatre (Nova Scotia), Ravi Jain of Why Not Theatre (Toronto), Kate Denborough of Kage (Melbourne), Riccardo Fazi of MutoImago (Rome), Linda Di Pietro of Terni Festival, and Tim Stitz of Chamber Made Opera (Melbourne) among others.

I was asked to work with Grzegorz Reske, a Polish cultural manager and curator, to facilitate a discussion he’d proposed on retiring – why, when and how to step away from a project or organisation, particularly one that you have built up around yourself. This turned out to be a much more live topic than I’d appreciated, with lots of insightful and honest contributions from Judith Knight of ArtsAdmin, Gavin Quinn of Pan Pan, Fabio Feretti of Association Etre, Chrissie Poulter of TCD and many more.

Two things that still stick in my mind from this session: Massimo Mancini of Teatro Stabile in Cagliari, Sardinia saying that his working rule is to stay 4 years for something that already exists and 7 years for something he’s created himself. And Liz Pugh of Walk The Plank in Salford talking about the need for a funeral at the end of a project – thinking about whether the body is present or not, whether the mourner have a furious wake or whether everyone slips away home after the ceremony without making eye-contact.

I was also asked to be a participant in the Mentor Room session, where you’re paired with a second mentor and talk for a couple of hours with someone who has a question about their practice. In reality it’s more along the lines of coaching than mentoring, and was an exercise in listening and asking questions, rather than giving advice or opinion. It was great to talk to a young Italian woman about her struggles in deciding how to be both an artist herself (a dancer) and a producer for other people’s. Familiar territory.

Finally, I did a 3 minute presentation as part of the Newsround session to talk about the website I’ve been working on for Irish Theatre Institute highlighting Irish designers for stage and screen. You can see details of everyone who presented at that session here. Thankfully there’s a long-standing IETM tradition of giving newsround participants a shot of the local strong alcohol (grappa in this case) after their 3 minutes are up, because I was bricking it.

My favourite non-art thing that happened was being semi-kidnapped for 20 minutes by a local Bergamasco man who I could barely understand, and being force marched with Gavin Quinn & Aoife White to walk around and photograph the town’s cathedral from every possible angle.

Not true. My favourite non-art thing was the cheese. 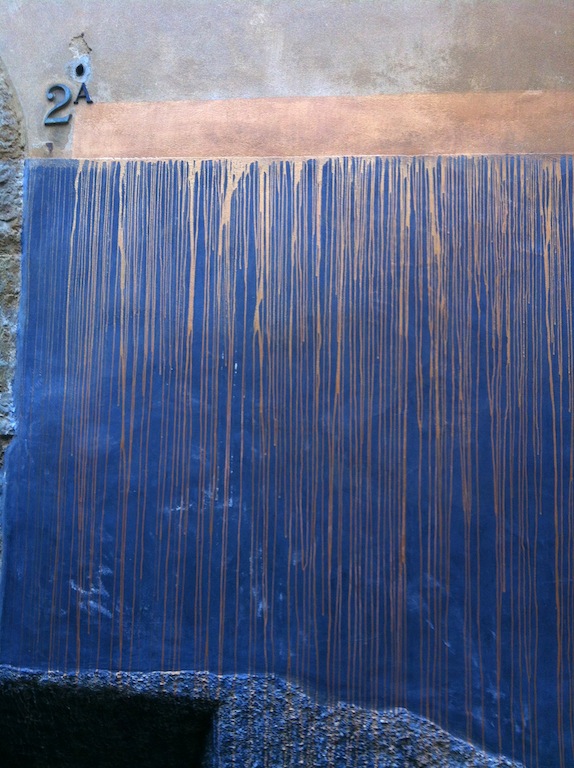 A nice wall. Not the cathedral.